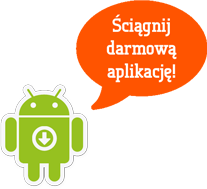 Warsaw is often called a green city. Go for this walk and discover for yourself how green it is. Find traces of wild nature in the city centre. Find out how platanus and the sycamore tree are connected. Is there a mistake on Polish coins? How many plants live on the Palace of Culture? Listen to the birds. Come with us, explore the green.

Start: Na Rozdrożu square, on the side of Vistula river.

Sorry, all of the resources for this path are available only in Polish.

The audioguide was financed by the Leopold Kronenberg Foundation.

Which husband gave his wife a palace and named a hill after her? Which writer fell in love with the shady Marymont? What kind of love did a famous Polish singer Kalina Jędrusik died of? Where was a wedding held during the Warsaw Uprising? How does the first Polish avant-garde house look like and who used to live there? Where in Żoliborz is the Source of People in Love? Have a look at romantic places in the neighborhood which is hard to part with.

Start: Next to the south exit from the Marymont metro station, by Gdańska street (next to the cross)

Sorry, all of the resources for this path are available only in Polish.


The audioguide was financed by the Leopold Kronenberg Foundation.

How did the everyday life look like under the Nazi occupation? What are grey plaques which you can find all over the city? What did the children see during blackouts? How much did the Christmas tree cost back in 1943? Who where Goldman sisters? Where did the uprising soldiers fight? Go for a walk around Ochota and discover it for yourself.

Start: Stand by the entrance to the Radisson Blu Sobieski hotel at Plac Artura Zawiszy 1.

Sorry, all the resources for this path are available only in Polish.

You might want to consult works by Władysław Bartoszewski

The audio guide uses fragments of speech by Tymoteusz Duchowski which form part of a radio coverage by Katarzyna Macierzyńska and Katarzyna Mill made by commission of the Kampus Radio.

We would like to thank the Lao Che band for authorizing us to use a fragment of the “Godzina W” song, and the project Lesław i Administrator for the authorization of the use of “Księżyc nad Ochotą”.

The “Wartime Ochota” audio guide was subsidized by the Kronenberg Foundation and City Handlowy Bank.

Ursynów is the largest housing estate in Warsaw. It was build in the 70.XX century as a result of communist housing policy. If you want to see how people familiarized these foreign blox, go for this walk.

Start: Ursynów metro station. South exit of the subway, on the Wiolinowa street’s side.

The recording could be produced thanks to the co-financing from Trust for Civil Society for Central and Eastern Europe, The Kronenberg Foundation and Capital City of Warsaw.

Working and standing in lines, discussions and detentions, parties and searches, kids that needed to be fed and a husband absorbed in the fight with the system – this was the everyday life for women of the democratic opposition. Good organization, cooperation and mutual trust helped them to join all these elements and become active, equal members of the fight, which led to the democratic elections of 1989. Listen how they remember their everyday struggle, walk with them around Warsaw.

We would like to thank employees of the offices of the Chancellery of the President of Poland and the History Meeting House for help in project implementation.

Our audioguide is based on recordings shared with us by the Institute of Ethnology and Cultural Anthropology, soundtrack from the movie “BiałoCzerwone” by RaszFilm and a book by Shana Penn "Solidarity's Secret".

This audioguide was created thanks to the co-financing from the Trust for Civil Society For Central and Eastern Europe and The Kronenberg Foundation.

Get to know the Warsaw of the 60’s, a city where socks and cucumbers drove along the streets and kittens would turn up at fajfs at the “Stodoła” club. Kids searched for treasures, teenagers dreamt of being as successful as the Beatles and adults dreamt of owning an apartment. Warsaw, however, was a capital of an Iron Curtain–separated country. Poland was isolated from the West and suffered constant shortages of different products. Almost every aspect of life also had a political dimension, according to Gomułka’s vision of a model citizen. In spite of all that, life went on, with all the everyday minor troubles. Still today, strolling around the city centre one comes across memories of those days.

Starting point: Begin at the Rotunda building, next to the Dmowski Roundabout (junction of Marszałkowska street and al.Jerozolimskie)

The Black Series of the Polish Documentary Cinema School: Polish Film Chronicles from of 60's.

During the twenty years between the world wars Warsaw experienced a shift from being a provincial Russian city to becoming a modern, fun-loving capital; a city somewhat dirty and, at times, dangerous, but full of life. In the nationwide-famous cafés people discussed poetry, the novelty of voiced movies and the latest designs of the Diamentsztejn and Kulik hat manufactures. Elegant wives of state officials strolled along the river boulevards watching the Vistula sand-diggers at work. In the working-class district of Powiśle kinds ran barefoot playing “the dime”. That whole world ceased to exist when World War II broke out. Try to find its surviving remnants.

Starting point: Stand in front of the Marshall Piłsudski monument, next to the Europejski hotel (ul. Tokarzewskiego-Karaszewicza, by the Piłsudski Square)

http://www.audiohistoria.pl/ - archive of the spoken history

Who were the doliniarze and the farmazoniarze (“bullshit-tellers”)? What did the pajęczarze (“spiderwebbers”) steal? And what did “to hug a titmouse” mean in the thief slang of the olden days? Over centuries, in the Old Town and the adjoining neighbourhoods the world of the elites intertwined with the rough street reality. In Miodowa street the last King of Poland was kidnapped. A few blocks away and 150 years later the famous Zieliński shot a policeman dead. Discover crime-related stories you’ve never heard before. Warning! Recording not suitable for persons under-age.

Dzień dobry! Shalom! Dobry deń!, that’s how people greeted each other in Praga a hundred years ago. Today, apart from the Polish Cześć, you’ll hear there the Vietnamese Hi!, the Chechen Salam! and the English Hallo!. Go for a walk following the multicultural route and see where you can use each of these words. Get to know which gate led to a cheder, where the best flour was produced, and who still attends the Orthodox church. Learn about pre-war Jewish merchants and craftsmen, Georgians who’ve wandered around the district for a century and modern day Vietnamese: until recently, vendors at the 10th-Anniversary Stadium.

Media patronage
STOLICA monthly illustrated, the only Warsaw-themed magazine on the market

It’s the city dwellers who give the place a soul. It’s them who decide where it’s going to be in vogue to have fun, eat and meet people. These people walk the streets of the city every day dealing with their everyday business. The official history takes place in the background, changes the mood of the streets and influences the lives of ordinary people. Still, it’s those people who are the heroes of our City Paths. Listen to their memories and feel the spirit of our city. Get to know Warsaw.

Do you have an idea to share? Want to join us or tell us something? Email us at: miejskasciezka@gmail.com

Miejskasciezka.pl was created as part of the „Audio-Wawa. Głos Warszawy w audio przewodniku” (Audio-Wawa. The Warsaw voice in your audio guide) project, financed by the City Council of Warsaw.

The Witold Dynowski Pracownia Etnograficzna (Ethnographic Workshop) organisation was founded in 2006 thanks to the initiative of students and graduates of the Warsaw University Institute  of Ethnology and Cultural Anthropology. The organisation brings together ethnographers and cultural anthropologists interested in both traditional and modern culture. Exploring these two intertwining areas, we realise scientific, educational and promotional projects.